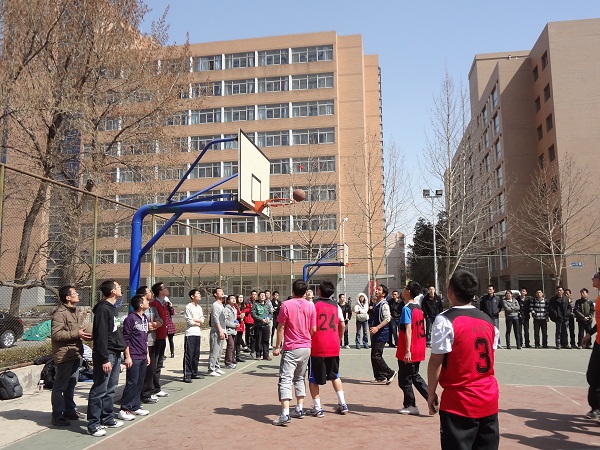 On March 12th, CRE spring basketball was began in Yuquan Campus. The match comprising 8 teams attracted students’ enthusiastic attention. Before the beginning, there are many students gathered around the court. This was the first round and four teams were divided into two groups.

The tempo of the game was normal between A1 team and A2 team. They all emphasized the stable passing and pitching. All players devoted all their energies and GUO Qiandong from A1 team was attractive because of his accurately rebounds.

Compared to A1 to A2 team, A3 to A4 team played at a high tempo. After the first half, the score was 10:2, A4 team was leading. During the second half, A3 team adjusted the tectonics, enhanced the defense and improved the success rate. The score was gradually close and A3 team took the lead midway.

Finally, A2 team and A3 team won the games. The players demonstrated the spirit of solidarity and hard struggle and high-spirited mental outlook of CRE graduates.